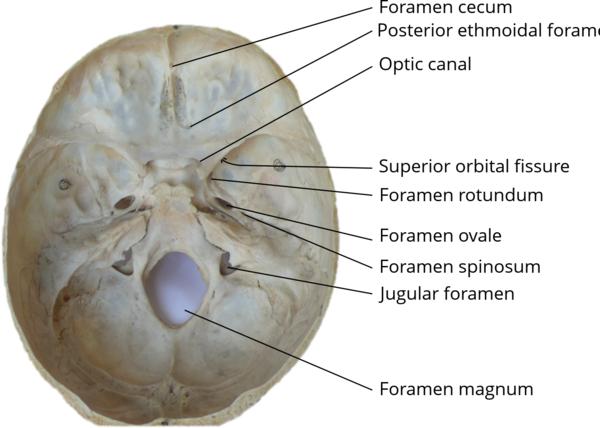 Oval opening in the greater wing of sphenoid bone transmitting the mandibular nerve as its major content.

It serves as an important landmark for neurosurgeons in certain procedures as to gain access to trigeminal nerve.

Therefore, its topographic position in relation to adjacent bony landmarks provides useful tool during these procedures.

The aim of a study is to objectively describe the shape of the FO and its most likely shape variation. A total of 211 FO were evaluated by geometric morphometric analysis. A consensus shape is presented for the FO. No significant difference was found between the shapes of left- and right-sided FO. The most likely shape variation of the FO occurs as an inverse relationship between the anteromedial-posterolateral and anterolateral-posteromedial aspects of the foramen. The capacity to visualize the average FO shape and understand the most likely shape variance, as illustrated by Zdilla et al., will aid neurosurgeons in their approach to procedures requiring cannulation of the FO 2).