The published World Brain Death Project aims in alleviating inconsistencies in clinical guidelines and practice in the determination of death by neurologic criteria. However, critics have taken issue with a number of epistemic and metaphysical assertions that critics argue are either false, ad hoc, or confused.

Lazaridis disscussed the nature of a definition of death; the plausibility of neurologic criteria as a sensible social, medical, and legal policy; and within a Rawlsian liberal framework, reasons for personal choice or accommodation among neurologic and circulatory definitions. Declaration of human death cannot rest on contested metaphysics or unmeasurable standards, instead it should be regarded as a plausible and widely accepted social construct that conforms to best available and pragmatic medical science and practice. The definition(s) and criteria should be transparent, publicly justifiable, and potentially allow for the accommodation of reasonable choice. This is an approach that situates the definition of death as a political matter. The approach anticipates that no conceptualization of death can claim universal validity, since this is a question that cannot be settled solely on biologic or scientific grounds, rather it is a matter of normative preference, socially constructed and historically contingent 1).

The concept of brain death has periodically come under criticism 2).

Confirmatory tests for the diagnosis of brain death in addition to clinical findings may shorten observation time required in some countries and may add certainty to the diagnosis under specific circumstances.

The current U.S. approach to determining death was developed in response to the emergence of technologies that made the traditional standard of cardiopulmonary death problematic. In 1968, an ad hoc committee at Harvard Medical School published an influential article arguing for extending the concept of death to patients in an “irreversible coma.“ 3). The emerging neurologic criteria for death defined it in terms of loss of the functional activity of the brain stem and cerebral cortex. Although clinical criteria were developed in the 1960s, it took more than a decade for consensus over a rationale for the definition to emerge. In 1981, the President’s Commission for the Study of Ethical Problems in Medicine and Biomedical and Behavioral Research provided a philosophical definition of brain death in terms of the loss of the critical functions of the organism as a whole 4).

Shortly thereafter, the National Conference of Commissioners on Uniform State Laws produced the Uniform Determination of Death Act, which has been adopted in 45 states and recognized in the rest through judicial opinion 5).

Changes in S100B protein, especially the levels of this dimer 48 hours after trauma can be used as marker to predict brain death. Alongside other known prognostic factors such as age, GCS and diameters of the pupils, however, this factor individually can not conclusive predict the patient’s clinical course and incidence of brain death. However, it is suitable to use GCS, CT scan, clinical symptoms and biomarkers together for a perfect prediction of brain death 6).

The practicability of Gadolinium-enhanced magnetic resonance angiography to confirm cerebral circulatory arrest was assessed after the diagnosis of brain death in 15 patients using a 1.5 Tesla MRI scanner. In all 15 patients extracranial blood flow distal to the external carotid arteries was undisturbed. In 14 patients no contrast medium was noted within intracerebral vessels above the proximal level of the intracerebral arteries. In one patient more distal segments of the anterior and middle cerebral arteries (A3 and M3) were filled with contrast medium. Gadolinium-enhanced MRA may be considered conclusive evidence of cerebral circulatory arrest, when major intracranial vessels fail to fill with contrast medium while extracranial vessels show normal blood flow 7).

The level of knowledge of medical students at Centro Universitário Lusíada – UNILUS- Santos (SP), Brazil, regarding brain death and transplantation is limited, which could be the result of inadequate education during medical school 8).

In a editorial, Hibi et al., aimed to provide an outline of the world history of liver transplantation (LT), with a special focus on the innovation, development, and current controversies of living donor (LD) LT from East Asian and Western perspectives. In 1963, Starzl et al. (University of Colorado, U.S.) performed the world’s first human LT for a 3-year-old child with biliary atresia. The donor was a 3-year-old patient who had suffered from brain death following neurosurgery. 9). 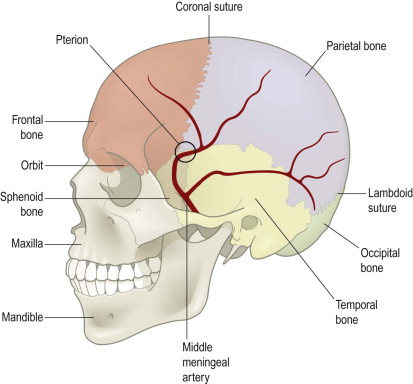 Perioperative prophylactic Middle meningeal artery embolization in the setting of surgical evacuation, via either craniotomy or subdural evacuating port system (SEPS), may help to lower the recurrence rate of cSDH 1).

It can be used safely and effectively as an alternative or adjunctive minimally invasive chronic subdural hematoma treatment in elderly and advanced elderly patients 2).

It has been proposed as a curative treatment for chronic subdural hematoma (cSDH), but evidence for the indication and timing is not definitive.

Given the encouraging results with a 91% long-term success rate in the series of Link et al., a large scale clinical trial is warranted 3).

Delirium, or acute confusional state, is an organically-caused decline from a previously attained baseline level of cognitive function. It is typified by fluctuating course, attentional deficits and generalized severe disorganization of behavior. It typically involves other cognitive deficits, changes in arousal (hyperactive, hypoactive, or mixed), perceptual deficits, altered sleep-wake cycle, and psychotic features such as hallucinations and delusions.

With Cocaine initial CNS stimulation that first manifests as a sense of well-being and euphoria. Sometimes dysphoric agitation results, occasionally with delirium.

Thallium: may produce tremors, leg pains, paresthesias in the hands and feet, polyneuritis in the LE, psychosis, delirium, seizures, encephalopathy.

Delirium is an acute disorder affecting up to 80% of intensive care unit (ICU) patients. It is associated with a 10-fold increase in cognitive impairment, triples the rate of in-hospital mortality, and costs $164 billion annually. Delirium acutely affects attention and global cognitive function with fluctuating symptoms caused by underlying organic etiologies. Early detection is crucial because the longer a patient experiences delirium the worse it becomes and the harder it is to treat. Currently, identification is through intermittent clinical assessment using standardized tools, like the Confusion Assessment Method for ICU. Such tools work well in clinical research but do not translate well into clinical practice because they are subjective, intermittent and have low sensitivity. As such, healthcare providers using these tools fail to recognize delirium symptoms as much as 80% of the time. Delirium-related biochemical derangement leads to electrical changes in electroencephalographic (EEG) patterns followed by behavioral signs and symptoms. However, continuous EEG monitoring is not feasible due to cost and need for skilled interpretation. Studies using limited-lead EEG show large differences between patients with and without delirium while discriminating delirium from other causes. The Ceribell is a limited-lead device that analyzes EEG. If it is capable of detecting delirium, it would provide an objective physiological monitor to identify delirium before symptom onset. This pilot study was designed to explore relationships between Ceribell and delirium status. Completion of this study will provide a foundation for further research regarding delirium status using the Ceribell data 2).

Delirium itself is not a disease, but rather a clinical syndrome (a set of symptoms). It may result from an underlying disease, from drugs administered during treatment of that disease in a critical phase, withdrawal from drugs, from a new problem with mentation, or from varying combinations of two or more of these factors. It is a corollary of the criteria that a diagnosis of delirium usually cannot be made without a previous assessment, or knowledge, of the affected person’s baseline level of cognitive function. In other words, a mentally disabled person who is suffering from this will be operating at their own baseline level of mental ability and would be expected to appear delirious without a baseline mental functional status against which to compare.

Delirium vs. dementia (critical distinction). Delirium AKA acute confusional state. Distinct from dementia; however, patients with dementia are at increased risk of developing delirium.

A primary disorder of attention that subsequently affects all other aspects of cognition.

Delirium during critical illness is associated with nearly a 3-fold increased risk of death the following day for patients in the hospital but is not associated withmortality after hospital discharge. This finding appears primarily driven by the hypoactive motoric subtype. The independent relationship between delirium and mortality occurs early during critical illness but does not persist after hospital discharge 3)